Join JJ McCartney, the Mysterious Colonel and Trade Martin LIVE from 3 to 5pm ET for the Friday Extravaganza!

Train services in and out of London, including Thameslink, Southern and Gatwick Express are facing delays and cancellations.

Tube passengers in London reportedly collapsed due to heat exhaustion after a train was stuck between Oxford Circus and Green Park for 25 minutes.

Police have scrambled to stations in the capital to deal with the fall out.

Network Rail said power outages had meant their signals had gone down, resulting in cancellations and delays in the Newport, Gloucester, Ashford, Bristol, Eastbourne, Hastings, Three Bridges and Exeter areas.

Rail operator Thameslink said many of its trains were “at a stand”.

Western Power Distribution (WPD), the electricity distribution network operator for the Midlands, South West and Wales, said there was a “major incident”.

Commuters in Liverpool and Stockport in Cheshire also complained of power outages.

Passengers reported being “thrown off” an escalator after it suddenly stopped in Bradford, West Yorks.

Meanwhile, commuters were plunged into darkness on a packed train in Battersea, South West London.

Trains between Kings Cross in central London and Stevenage, Herts, are reportedly blocked due to a lightning strike.
There are also reported outages in the North East, Wales and Gloucestershire.

More than 100,000 homes in Devon were left without power.

Meanwhile homes in East London were plunged into darkness and mobile phones and internet down.

‘Their screams music, their pain my pleasure.’
Dayton shooter’s demonic notebook scrawls reveal he fantasized about massacres,
‘hunting’ for humans, craved marijuana and speed, called himself a sociopath and hailed
Lucifer. Connor Betts gunned down nine people and injured dozens more in Dayton, Ohio, on Sunday Now DailyMail.com has obtained chilling notebook scrawls by the 24-year-old who had an appetite for murder, drugs and Satanism.
The frightening pages were revealed by former friend Ian Himes who paints a confounding picture of Betts as a frequent methamphetamine smoker who played violent video games.
Himes said: ‘Sometimes he would go quiet and take my notebooks and start writing random stuff in them. I never paid much attention to what he’d written until now’.
Betts’ rambling contributions, written around 2017, include a Satanic pentagram with the words ‘Hail Lucifer’ and numerous references to death and murder.
The warped loner declares himself a servant of ‘evil incarnate’ and rants about everything from schizophrenia to satanic rituals and massacres.
The pages read in part: ‘I am the servant of the serpent evil incarnate, flesh consumer, light destroyer, fueled by hate, rage my strength, distrust my shield’.
In further jumbled snippets, Betts adds: ‘Anti-social personality disorder. Don’t listen to romantic advice, sociopath. Seek and destroy. Still haven’t eaten enough so…very ADHD, paranoid, schizophrenic’.

Hundreds of schoolchildren have been drafted in to make Amazon’s Alexa devices in China as part of a controversial and often illegal attempt to meet production targets, documents seen by the Guardian reveal.

Interviews with workers and leaked documents from Amazon’s supplier Foxconn show that many of the children have been required to work nights and overtime to produce the smart-speaker devices, in breach of Chinese labour laws.

According to the documents, the teenagers – drafted in from schools and technical colleges in and around the central southern city of Hengyang – are classified as “interns”, and their teachers are paid by the factory to accompany them. Teachers are asked to encourage uncooperative pupils to accept overtime work on top of regular shifts. 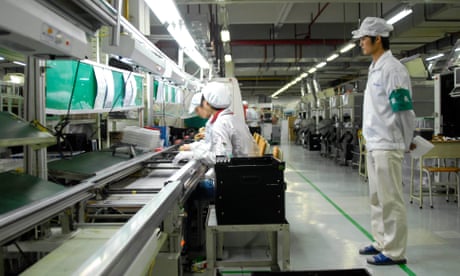 Some of the pupils making Amazon’s Alexa-enabled Echo and Echo Dot devices along with Kindles have been required to work for more than two months to supplement staffing levels at the factory during peak production periods, researchers found. More than 1,000 pupils are employed, aged from 16 to 18.

Chinese factories are allowed to employ students aged 16 and older, but these schoolchildren are not allowed to work nights or overtime.